A cruise suitable for everybody with a pleasant sailing to discover an incredible volcano island but also stunning bays accessible only by the sea, little villages with neoclassical architecture with pastel colors and monasteries that invite meditation in a setting of peace and tranquility. Always different places and each with its peculiarities.

Welcome on board Penne Bianche! Boarding will be around 18.00 at Kos Port where your amazing sailing holiday starts, ideal for sailing enthusiastic. A cocktail will be offered and you will get to know your crew that will show you the boat. Provisions will be already stored on board so you will be able to enjoy total relax. The luggage will be placed in the cabin before to go ashore for dinner. 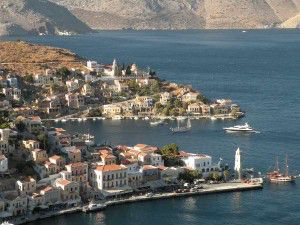 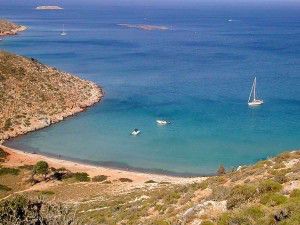 After breakfast and the last provisions we sail toward Nysiros (24 miles). Penne Bianche is admired on the docks for her beautiful lines and fine details that differentiate her from the usual charter boats. After a nice sailing we’ll arrive in the little port of Paloi, to visit the volcanic island of Nisyros and the volcano itself, by motor-cycle. Truly impressive is the wild beauty of the green landscape and its vivid coloursfew beaches, black rocks, white houses with bright colours painted doors and windows. The road goes up and then down inside the volcano, through many olive trees. The main crater is 260 meters long and 30 meters deep. The bottom can be reached by following one of the paths on the sidethe ground is hot and emits vapour. On the sides of the crater we can see the yellow traces of the sulphur and the whole area looks like a lunar landscape. Mandraki is the main town of the island, built under the impressive massive rock where the monastery of Panagia Spiliani rises and behind the black rocks just in front of the seaside. Huge citrus trees bring some shade on the picturesque lanes and the wonderful squares. Here, the traditional habits are still respectfully observed. The monastery and the medieval castle, from where the view is breathtaking, deserve to be visited, as the Acropolis and its fortification walls, dated back to the IV century b. C, and the ancient graveyard, next to the church of Agios Ioannis, where there were found tombs and objects dated to the VII and VI century B.C. 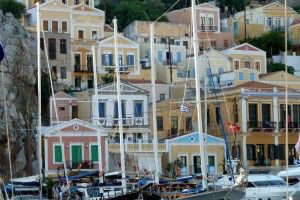 Departure after breakfast towards Tilos, (18 miles), mooring for a swim in front of the little port of Livadia. There’ll be the chance to go for a tour of the island by motor-scooter. Tilos is mainly rocky except for the small fertile valley in the middle part of the island. The inhabitants, shepherds and farmers, are only 300. Indeed, Tilos is the most isolated island after Kastellorizo, and this wilderness is definitely fascinating. Livadia is the name of the port, located in a pebbly bay with crystalline water. The architecture still has the traditional stylewe can visit an Early Christian cathedral, the ruins of a medieval castle and the little church of Agios Nikolaos, with frescos from the XIII century. Megalo Choriò is the main town, built at the foot of the rocky hill where the castle used to bethere, on the plan of an ancient temple, was built the church of Taxiarchis, where we can still see some frescos from the XVI century.

Departure after breakfast towards Symi (25 miles), one of the most beautiful islands of the Dodecanese, with steep mountains and wonderful bays.

Mooring in a bay close to a sheltered and wooded coast; time for lunch and a swim. In the afternoon we’ll move (8 miles) to reach the beautiful bay of Panormitis. Visit to the majestic monastery dedicated to Taxiarchis Michail. Inside the main altar there’s the sacred image of the saint, surrounded by many ex voto and frescos, also the wooden iconostasis is amazing.

After breakfast we’ll keep on sailing around Symi to visit its spectacular bays we can reach only from the sea. Mooring in the afternoon in the bay of Pedi, we’ll visit the village from there. There we’ll admire the impressive architecture of the neoclassical houses (XIX century), with ledges and graveled yards. At the beginning of the XX century Pedi was the main town, with 30.000 inhabitants, and was the main producer of sea-sponges. Ano Symi or Choriò, is now the main town, extended from Kato Poli (Gialos with the port) to the top of the hill, with the castle and the Megali Panagia, that can be reached by climbing 500 large stepsthis road is called the “Kalì Strata”.

Sailing northward at dawn for 45 miles, we’ll anchor in Pserimos, not far from Kos, to enjoy a quiet night in a bay. 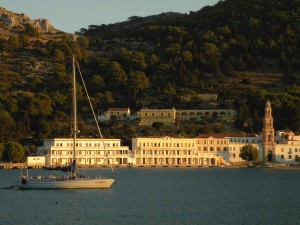 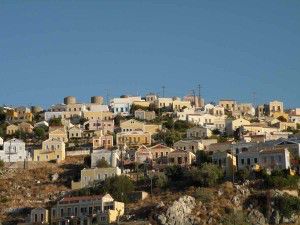 We’ll spend the morning swimming and walking around on the island, maybe visiting the village to take some picture from high up. Lunch; in the afternoon we’ll sail back to Kos (7 miles). Dinner ashore.

End of the cruise and landing at 8 am. Dodecanese islands wait to be visited. I’ll be waiting for you on board Penne Bianche!! 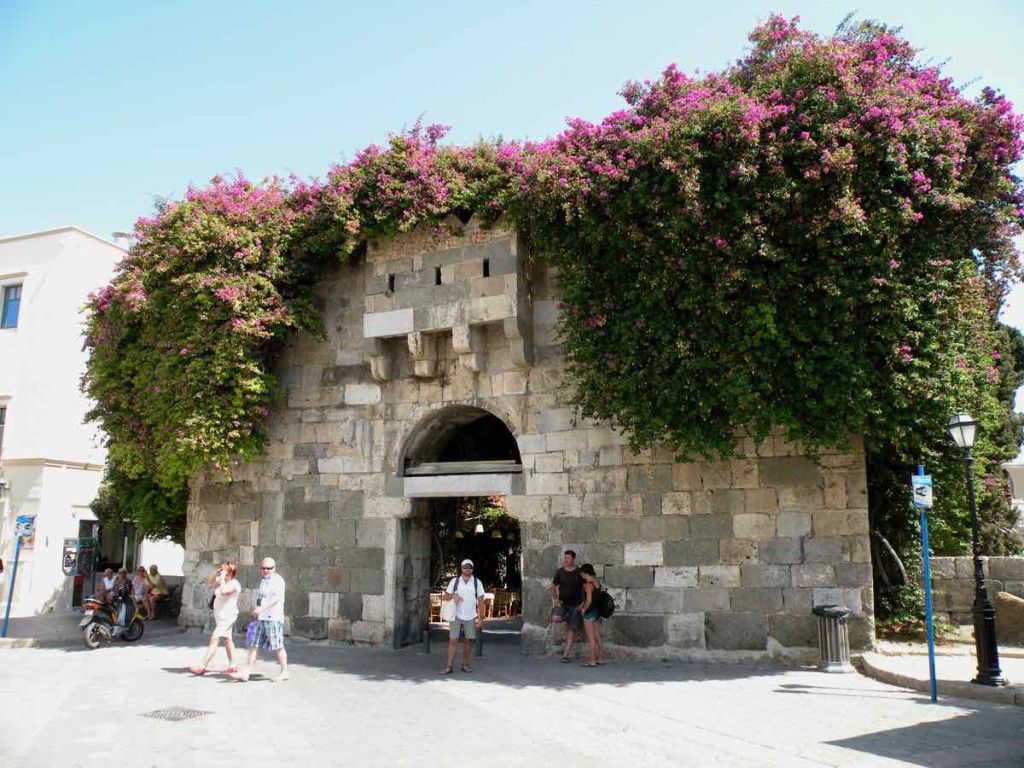 Do you want to know more about our cruises?